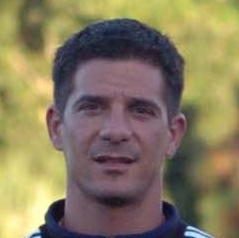 Coach Vinny returns for his 19th year on Team Boca sidelines. Coach Vinny started his soccer career playing locally for Pope John Paul High School here in Boca Raton. A highly acclaimed striker, he anchored Pope to a State Championship in 1989. After graduating High School he served as an Assistant Coach for Pope John Paul from 1991–1997 while attending college. He then went on to serve as an assistant coach for the Lynn University Fighting Nights from 1997-2000, helping them earn a National Championship in 1998.

Vinny holds a USSF State and National Coaching License and has a BS Degree in Sports and Recreation Management as well as an MBA in Athletic Administration. If you haven’t already done so, please take a minute and introduce yourself to Coach “Vinny Pizza” or “My Cousin Vinny”, as his coaching peers often call him. You’ll quickly learn that Vinny is one of the most approachable and likeable coaches you will ever meet. We are very happy to have Coach Vinny back for his 19th year with Team Boca.