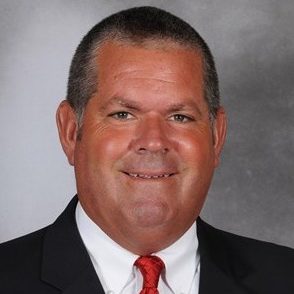 Patrick Baker will be returning to our coaching staff as our Girls U18 White team coach. Last season, his U19’s became 3X Fl State Cup State Championship, as well as the USYS National League Tournament Champions, and then went on to win the 2021 USYS National Championship! His U17 team also qualified for the National Championships as well. Coach Baker is now also in his the 6th season as the Head Women’s Soccer Coach at Florida Atlantic University and was selected the 2018 Season Conference USA Coach of the Year! Patrick will also be a coach and trainer for our High School age Division, as well as serve as our College Recruitment Advisor. He is a nationally renowned college coach, being the only women’s soccer coach in NCAA history to take a team to the Division I, II and III postseason tournaments. He was named the 2003 National Coach of the Year by Soccer America, amassed an 80-46-11 record, and had one team advance to the NCAA Division I Final Four. His teams had 18 wins over ranked opponents, including six victories over top 10 teams.

“We are very honored to have Coach Baker on our staff at Team Boca” said Bill D’Addio, the Team Boca Director “Patrick is one of the most experienced coaches in the country and he is a very integral part our program. His vast experience greatly benefits our players in several areas including technical and tactical development, as well assisting in their college recruitment efforts”

Five of Baker’s six FSU teams qualified for the NCAA tournament, and the Seminoles made three Sweet 16 appearances and advanced to the 2003 Final Four. He is the only coach in Georgia program history to take three straight teams to the NCAA women’s soccer tournament. His 2007 Bulldogs’ team had the best record in school history (18-4-2) and posted an 8-1-2 mark in SEC play. In 2009, Baker helped guide Georgia to a No. 20 national ranking.

He currently serves as a head coach for the Region III girl’s Olympic Development Program (ODP) and was named an assistant coach for the 2000 U-16 Women’s National Team. Baker has attended the South Region ODP camps since 1990, and has amassed 24 years experience at all levels of the ODP. Prior to working with the U-16 team, he assisted head coach Lauren Gregg with the U-21 National Team for three years. He had four years at the U-14 state level in North Carolina and was the 1996 U-17 ODP state coach for Eastern Pennsylvania. Baker coached the U-16 and U-18 ODP South Regional camps for eight years and was the assistant coach for the U-17 South Region team from 1991-93. Baker was also the U.S. South Region amateur coach for the five years where he received the national coach of the year award in 1994. Patrick has also formerly coached in the Region IV Girls Olympic Development Program.