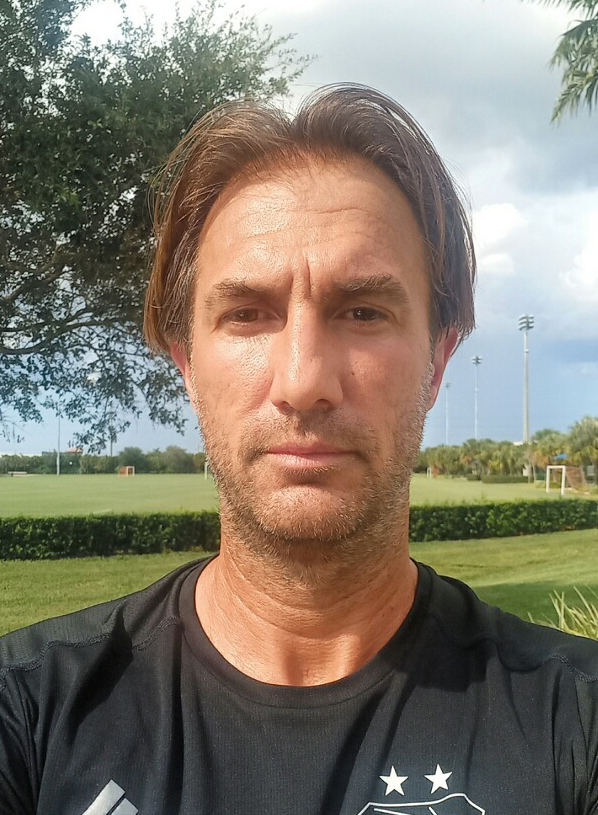 Coach Luca was born and raised in Italy. He started playing soccer at the age of 14. He would advance to play for a professional academy and at the age of 17 he made his pro debut in the the Italian 3rd Division Serie C. An injury would shorten his pro career but he continued to play semi-pro ball until his was 35. His passion for soccer led him to start coaching youth ball in Italy where he eventually served as a coach in Italy’s adult amateur league.

Coach Luca moved to the United States 5 years and briefly played for a local UPSL team. He started coaching locally in Delray Beach and currently serves as an assistant coach at American Heritage Delray.

This year, Coach Luca moved to Team Boca and will coach our 2009 White. Coach Luca and his wife reside in Delray Beach.