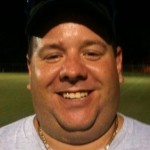 Coach Jim enters his tenth season with Team Boca, this season as as our U17 Navy Coach. During his career at Team Boca he has 4 President’s Cup Final Four appearances and coached the 2015 Girls U16 Navy and 2011 Girls U18 Navy teams to the overall President’s Cup State Championship.  Jim is also entering his twenty-sixth high school head coaching seasons at three area schools including Lake Wales, Park Vista and currently Olympic Heights as he enters his eight season there. During his coaching tenure he has been awarded with Coach of the Year Honors as recent as 2018 and advancing the Regional Tournament the past three seasons, as well as serving on the FHSAA Soccer State Advisory Committee.  Coach Jim also coached in the college ranks as he started the women’s program at Warner University, before being hired as the Director of Soccer at Webber International University winning the 2004 USCAA Women’s National Championship, and being awarded the National Coach of the Year.