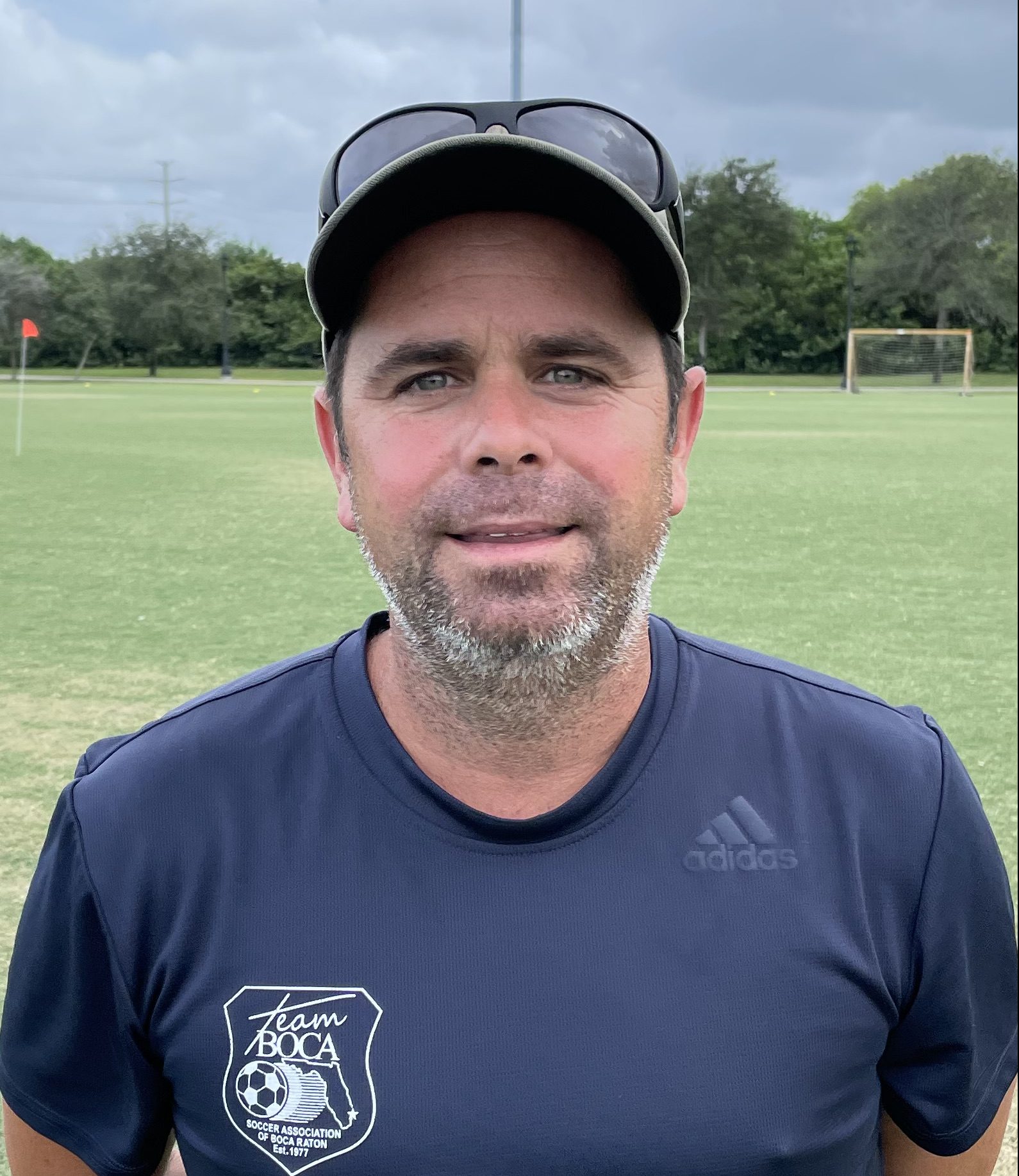 A member of the Team Boca staff since 1999 and another one of our coaches with local roots, Coach Jason began his soccer career playing for Spanish River High School here in Boca Raton where he led the Sharks to a State Championship in 1997.  He was selected as an All Area player in both 1997 and 1998, and earned first-team All-State honors in 1998.  He had brief college terms at Life University and FAU.

Coach Jason began his coaching career with the St. Andrews High School girls’ team in 2001 and led the Scots to a District and Regional Championship in 2001, 2002, and 2003.  He was chosen as Coach of the Year in 2002. He has also served as the Head Boys Coach at Boca Raton High School and Spanish River High School.

Coach Jason presently serves as one of our Boys Staff Trainers.  In 2007, he led the Team Boca U18’s to a State Title, a Regional Division State Director’s Cup Championship, and a National Director’s Cup Finalist.