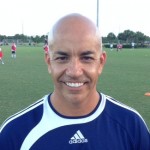 Coach Ferny rejoined Team Boca in 2013 having previously coach with the club from 2001-2004. He served as Head Boys’ Varsity Soccer Coach at American Heritage Boca/Delray from 2002-2005, being named Palm Beach County Coach of the Year in  2004 & 2005 and directing the team to the State Class 2A Semi-Finals in 2005 and the State Class 2A Finals in 2004.  His tenure at American Heritage also included 3 District Championships and 2 Regional Championships.

Currently Ferny is a Spanish Teacher at St. Paul Lutheran Church & School in Boca Raton and owner/president of the Futbol United Soccer Academy in Boca Raton.

He earned his Bachelor of Science degree from Nova Southeastern University.