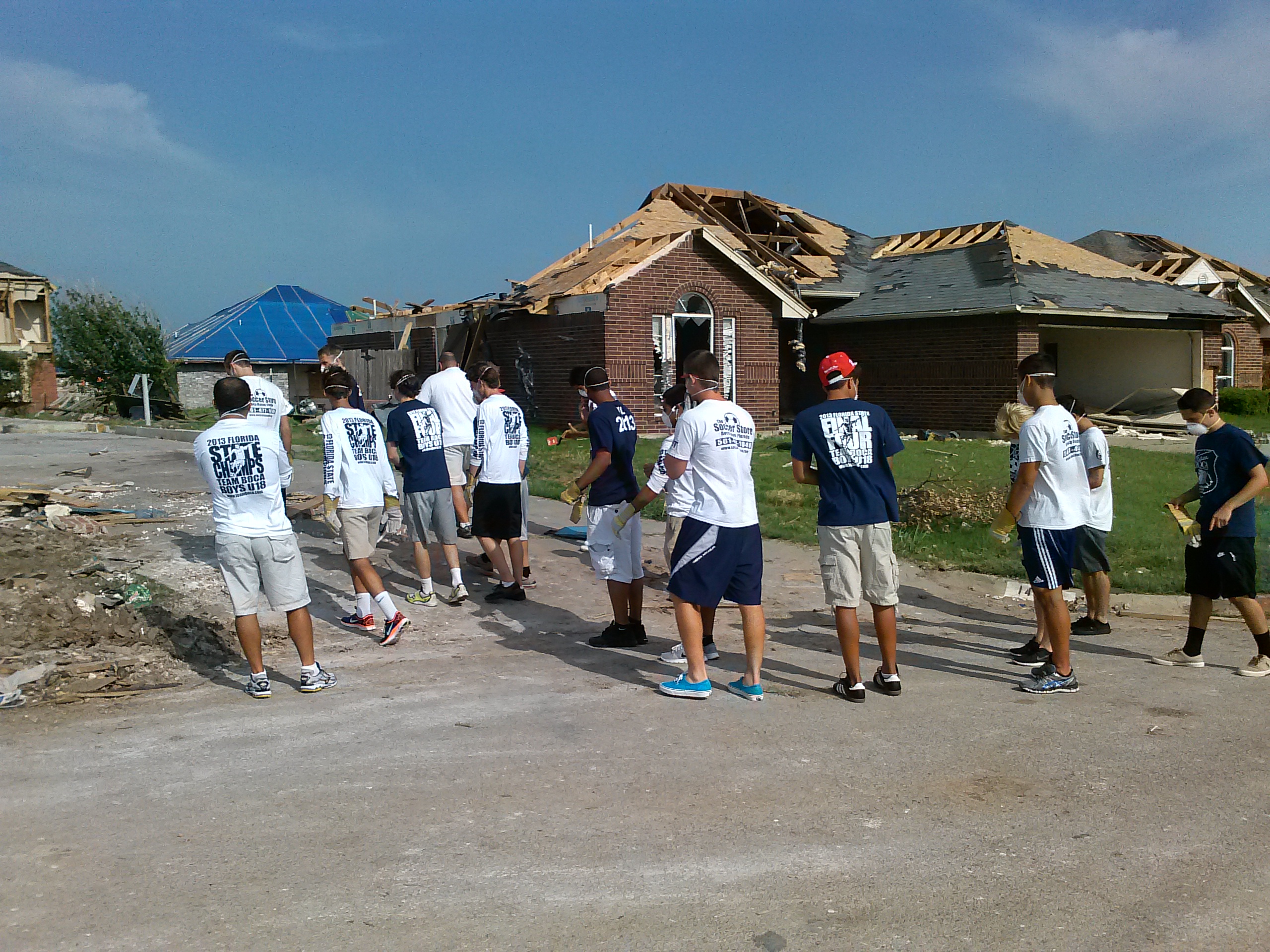 Team Boca U18 Boys are competing in the US Youth Soccer 2013 REGION III CHAMPIONSHIPS in Edmond Oklahoma this week and took time out on their off day to lend support to a Oklahoma City neighborhood devastated by a tornado. The team helped move debris to the curb so it could be removed and the rebuilding process could continue. The boys successfully moved an entire house from its location to a debris clean up area. Coach Michael said the boys were humbled by what they discovered in the rubble.