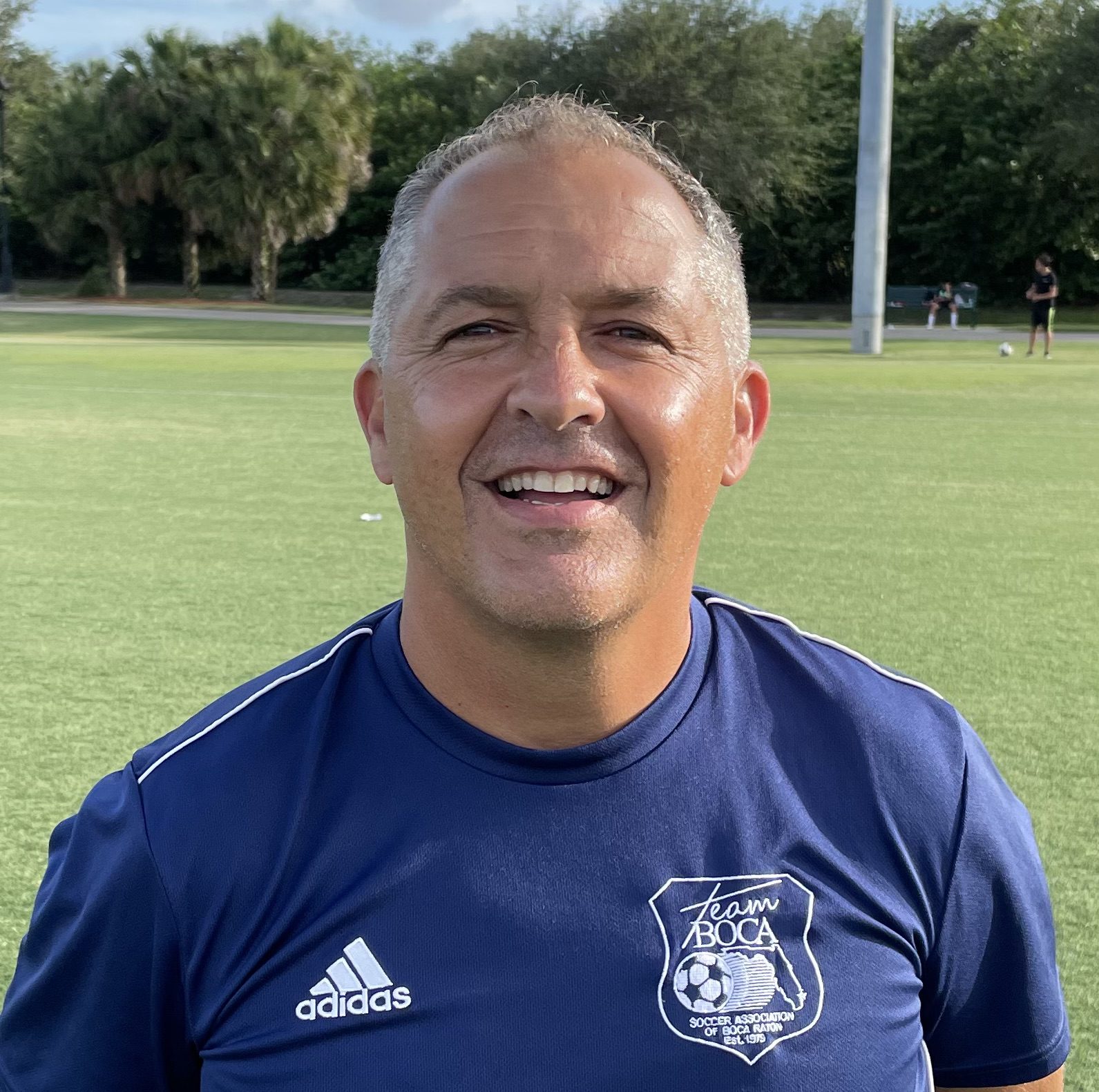 Our Boys Director of Coaching, Michael Araujo, brings a very formidable resume to Team Boca. Raised in South Africa, Michael was a member of the South African Youth National Team where he was their Captain at age 16.  In 1987, Michael was a member of the College of Boca Raton (now Lynn Univ.) National Championship Team, where he was also selected to the NAIA All-American Team.  After college he went on to play Professional Soccer for twelve years in the U.S., Africa, Europe, Canada, and N. Ireland, including three seasons with the Cincinnati Silverbacks and Sacramento Kicks indoor professional soccer teams. He was selected to the CSL All-Star team and was chosen as the MVP of the South African Super Bowl in 1999.