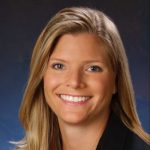 Welcome back Kristy Whelchel Hartofilis to our Girls Coaching Staff! Kristy is a Team Boca alum who grew up in our program winning multiple state and regional championships, which included a national championship appearance in 1994. Kristy garnered numerous accolades as a youth player including the Natl Soccer Coaches Assoc All America Selection, and was selected Sun Sentinel, Boca Raton News, & Palm Beach Post High School Player of The Year while leading Spanish River High School to its first Final Four State Championship appearance. Kristy was also selected to the Under 19/20 US National team where she was the starting midfielder traveling to Sweden, Denmark, and Holland, including winning the Nordic Cup Championship in 1997. Kristy then battended Duke University and was their starting midfielder from 1995 – 1998. At Duke, she was selected two years to the NSCAA ACC 2nd team and then two years to the ACC 1st team, as well as the NSCAA All Southwest Region team (3 years), ACC 50th Anniversary team, and the NSCAA All – American team in 1996. She was also the fist Duke female soccer player to earn All – ACC Honors all four years! Kristy was then drafted in the WUSA professional league in the third round with the 20th overall pick by the New York Power, where she started every game her first two years. Kristy then went on to play for the Raleigh Wings of the USISL W- League where she won the National Championship with an undefeated season in 1999. Kristy then went on to coach at Spanish River High School in Boca Raton, where she led her team to the State Championship with a record of 20-3-2, and was named the Boca News & Palm Beach Post Coach of the year! In 2016, Kristy was inducted into the Palm Beach County Hall of Fame!