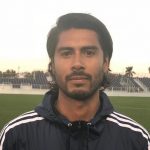 Coach Robles is in his second season with Team Boca. He serves as the assistant coach of the Florida Atlantic University men’s soccer team. Prior to FAU, Coach Robles served as the assistant coach at USF for three years. In his first season in Tampa, the Bulls posted double-digit wins for the first time in three years. The Bulls made back-to-back AAC conference championship game appearances in 2015 and 2016. In both 2015 and 2016, the Bulls made runs to the NCAA Tournament. The coaching staff was named the AAC Coaching Staff of the Year for their work in 2016, after winning the regular season AAC title.

Prior to his tenure at USF, Robles held the position of assistant coach at Tyler Junior College in Texas for two seasons while also directing and coaching the Azzuri Football Club. In his time at Tyler, he helped guide the Apaches to a National Championship in 2012. Following that up as the National Championship runners up in 2013 along with winning regional and district championships in both 2012 and 2013.

Robles also spent one season in 2011 as the assistant coach at NAIA-member Bryan College in Tennessee. Robles helped guide Bryan to an appearance in the Appalachian Athletic Conference final.

Over his coaching career, Robles has molded three NSCAA All-Americans, two Conference Player of the Year honorees and a National Player of the Year. His playing career began at Tyler JC in 2006 where he earned All-Region honors in each of his first two seasons. Robles then played two seasons at Belhaven University where he was named a two-time team captain and a member of the All-Conference team, helping lead his 2010 squad to an appearance in the National Tournament and was also named to the NAIA All-Academic Team.