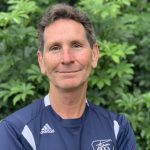 Coach Keith played his club ball with Cutler Ridge and Kendall in Miami. He played his High School ball at Miami Southridge where he received All-Dade consideration in all three years, being named to the All-Dade County and All-State teams both his junior and senior seasons. He also played three years of High School football as kicker and punter, earning All-County mention. He played a season of Division 1 college soccer at Campbell University before playing 4 seasons in the Florida State Semi-Pro league.

Coach Keith began his coaching career in 1985 in Gainesville, Florida where he and his brother created the North Florida Express Soccer Club. His U17/18 teams went to three straight final four appearances, including winning a state title in 1991. He served as assistant coach at Eastside High School in Gainesville for four seasons from 1987-91, during that time Eastside won three Regional Championships. He is currently the FAU High girls varsity coach.

Coach Keith has been with Team Boca since 2006.